Breathe, Relax, and be Still. 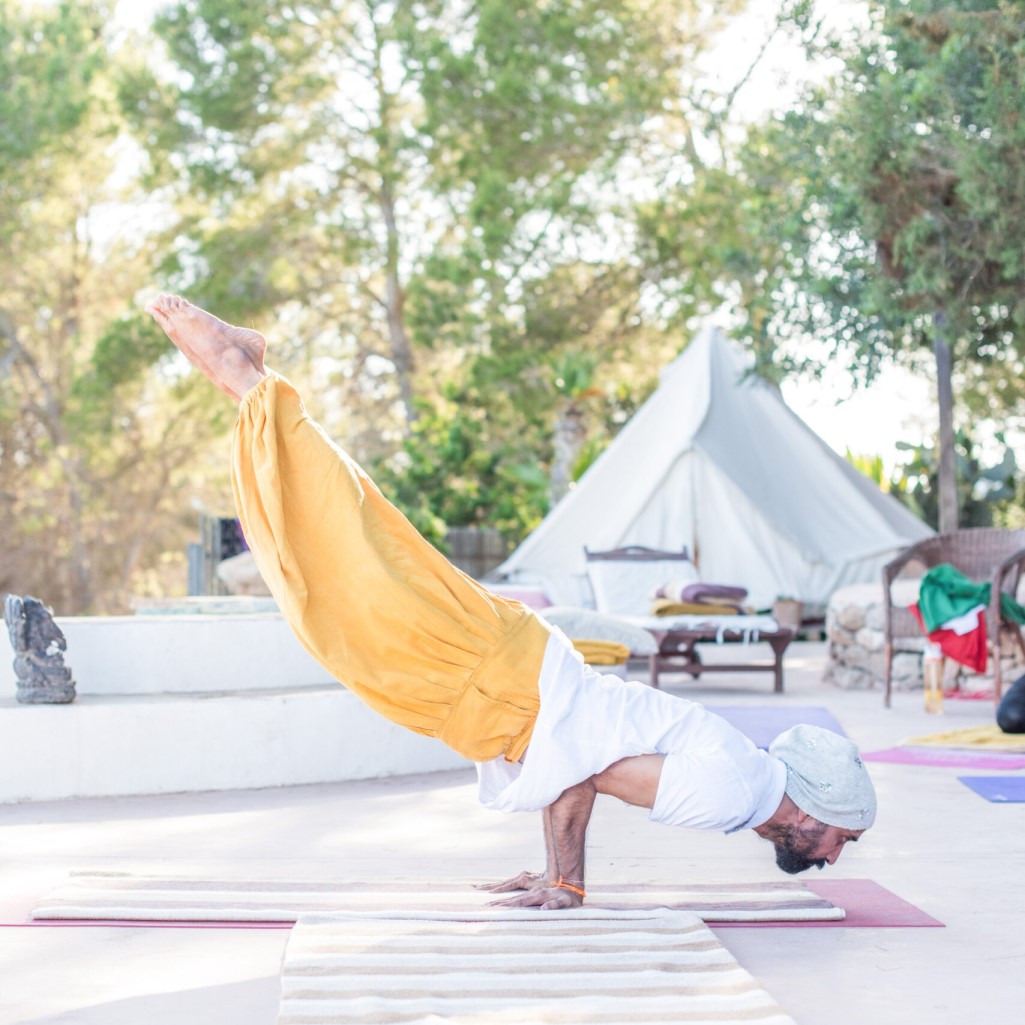 Durga Prasad Upadhyaya (Spiritual Name: Shri. Shiva Shankara) was born into a Hindu Brahmin family at Jagannatha puri (Odisha) on the east coast of India on December 14, 1975. He was raised by his spiritual masters in the ancient legendary cave monasteries and ashrams of the great Yogis where countless generations of Yogis have been trained and initiated into the deepest mysteries of the sacred science of Veda and Yoga.

Shivaji was known from an early age as a foremost exponent and expert of these traditions: their texts and practices. He was a child prodigy with a flair for recitation of Mantras for a prolonged time-span, the practice of Yogic techniques, meditating for hours and studying the ancient Holy Scriptures with great devotion and passion.

After his school education, Shivaji dedicated his whole life to following the journey within by walking on the well-trodden ancient path of Yogic revolution shown by the Himalayan Masters, Sages, Great Yogis and Vedic Scholars. At the age of 13, crossing all familial and social boundaries and limitations, he left his home to attain spiritual enlightenment.

The first stepping stone in this journey was in 1989 when he enrolled himself into the ancient Vedic Gurukula tradition of Jagadguru Adishankaracharya, the biggest Vedic University in the world. This is named ‘Maharshi Veda Vigyan Vishwa Vidyapeeth’, Noida, Ghaziabad, India, founded by H.H. Maharshi Mahesh Yogi.

He began to live an ascetic Brahmachari (celibate) life by maintaining Gurukula disciplines and Yogic principles while studying Veda (Vedic Rituals, Manta chants, Sanskrit literature, transcendental meditation and Yoga) in the Maharshi Ashram. He gained proficiency in performing Pujas, Yajnyas, Abhisheka and various other Vedic rituals and ceremonies. Later went on to share these traditions with the wider society outside of the ashram, in order to serve and benefit the welfare of humankind irrespective of cast, creed, gender, status or nationality.

After successfully completing a three-year course in Vedic Science and Meditation (T.M) for which he achieved first rank, Shivaji was selected to visit the West to spread the message of Sanatana Vaidika Dharma. 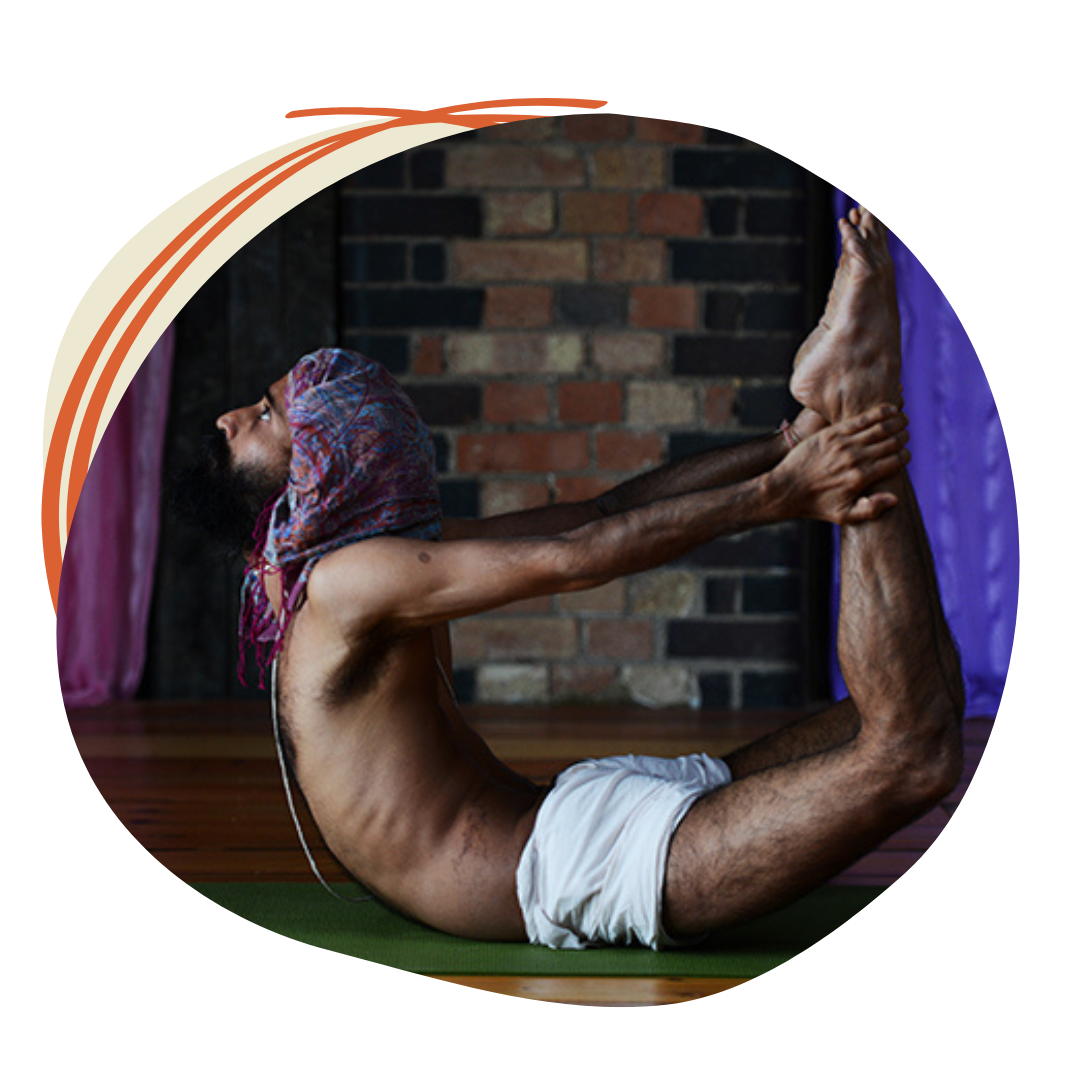 In 1993, Shivaji met his Sadguru, Swami Chidananda Saraswati (the closest and senior most disciple of Swami Sivananda Saraswati, and the former president of ‘The Divine Life Society’, founded by Swami Sivananda, Rishikesh, Uttarakhand. Himalaya). He was initiated into the Hindu Vedic religious order with the spiritual name Brahmachari Shiva Shankar Chaitanya by Swamiji.

Swamiji led Shivaji through the Bhakti marga for fulfilment on his spiritual journey. As a Sivananda disciple, he was trained under Sivananda’s ideal teachings (serve, love, meditate and realize) and also learnt from world-renowned Yoga experts such as Swami Adhyatmananda, Swami Yogaswarupananda, Swami Vishwarupananda and Rudradev Gauda. He also attended a short-term course on Yoga at the Sivananda Dhanwantari Ashram founded by Swami Vishnudevananda, Trivendrum, Nayyar Dum, Kerala.

Shivaji visited towns, villages and Sivananda branches throughout India to spread the divine message of Swami Sivananda through various spiritual activities (teaching the people Yoga, guiding the youth through inspiring discourse and rendering selfless service to mankind). By following the advice of his Sadguru, he moved to the Holy Kailas Ashram in Rishikesh, to study the classical philosophies and the Sanskrit scriptures of the Indian Vedic tradition in the monastic order of Maharshi Veda Vyasa and Adishankaracharya, (Bhagavad Gita, Vedanta, Upanishads, Samkhya, Yoga Sutra, Smriti and so on).

Shivaji was inspired to master the technique of Hatha Yoga which he successfully accomplished through the teachings of many experts. He also joined the Iyengar Institute, Pune, Maharashtra, from 1997 onwards to deepen his experience of Yoga (Asanas, Pranayama and Yoga Therapy). To broaden his knowledge in the traditional lineage, he attended a four-month teacher training course at the Bihar School of Yoga, Munger, Bihar (founded by Swami Satyananda Saraswati) in 1999 and trained under the guidance of Swami Niranjanananda Saraswati.

To intensify his spiritual practice and to advance further in the art of meditation, Shivaji joined the Kriya-Yoga course taught by Paramahansa Yogananda (the author of Autobiography of a Yogi) at Yogoda Satsang Society, Ranchi, Bihar. The inner thirst for seeking the truth took Shivaji to the Himalayas to meet the most revered Sages and Yogis. By spending an extended period of time as a solitary and ascetic monk in the company of the mysterious Himalayan Yogis, he received divine inspirations and heart – rending spiritual experiences with their grace.

Shivaji subsequently met internationally renowned Yoga and meditation expert and great Vedic Scholar; the late Swami Veda Bharati, (a direct disciple of Swami Rama and successor of Swami Rama’s mission, who served as Spiritual Director of Swami Rama’s Ashram). Swami Veda initiated Shivaji into the Himalayan tradition. The Himalayan tradition is distinguished as the first meditative tradition: the most comprehensive, integral and all-inclusive which has given birth to the major traditions of the world. It still continues to enrich them all and does not require adherence to a belief system, but experientially helps to verify metaphysical reality, through an unbroken lineage ensured through transmission of Shakti. It is also known as Mantra-based meditative tradition. Shivaji also accomplished teacher-training courses at SVYASA (Swami Vivekananda Yoga Anusandhana Samsthana), Bangalore and at Kaivalya Dham Yoga Institute, Lonavla, Maharashtra.

Bestowing education is no doubt an art. The teacher has to understand the level of the student in order to impart it. From his early teaching phases, Shivaji believed in building up the competence level of his students and so therefore chooses the subjects that he teaches according to the individual needs, interests, level of experience, capacity and intensity of his students.

Shivaji has taught extensively on many teacher-training courses, retreats, workshops and at Yoga festivals throughout India, in various Yoga schools and organisations in several countries throughout Europe, UK, Thailand, Singapore, Russia, China and Japan. He also actively runs various trainings in Rishikesh and in southern India in winter. 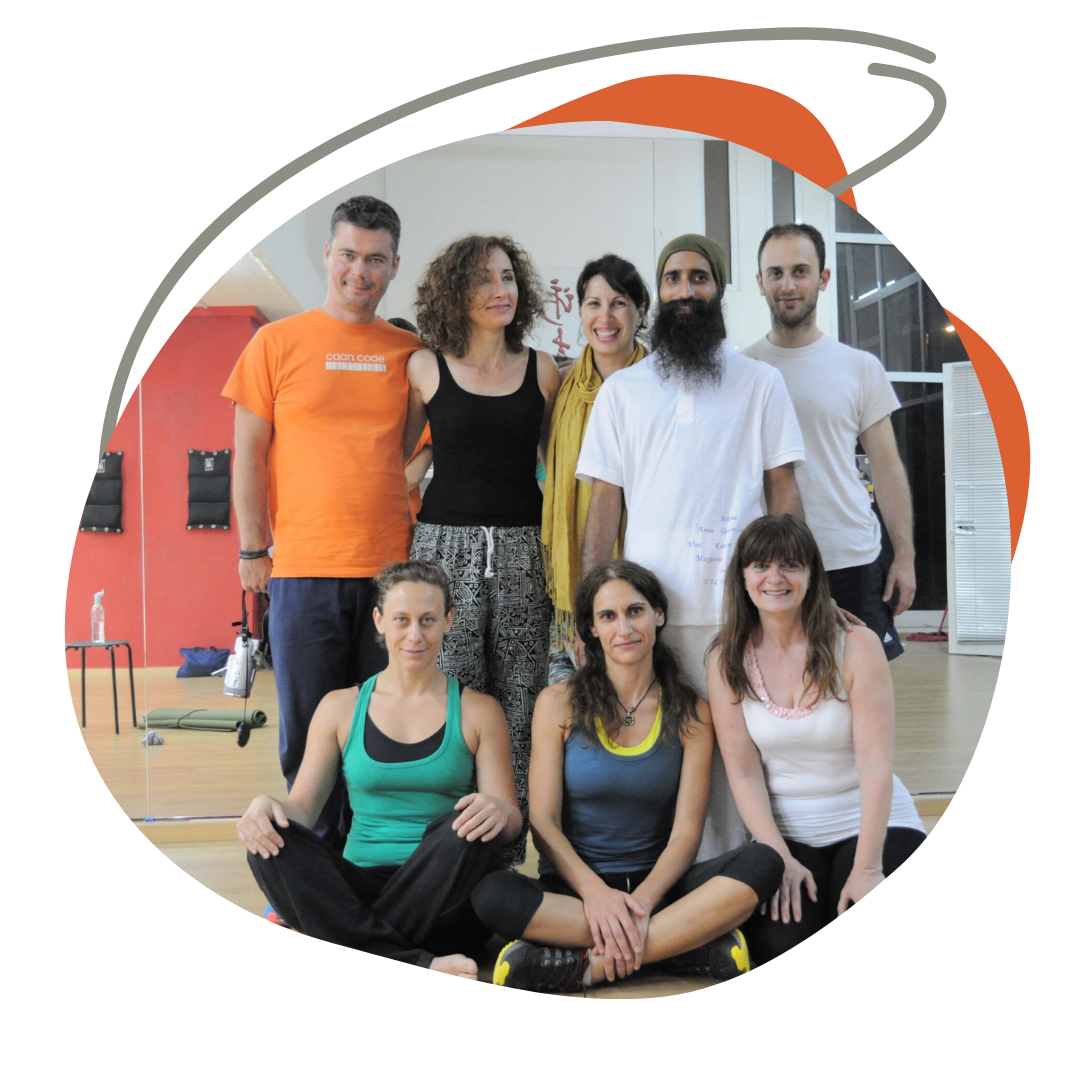 After gaining an in-depth knowledge in the fields of Yoga and the Vedic realm with ceaseless commitment for the past two decades, Shivaji has taken on the incredible task of imparting this pure, ancient and priceless knowledge for the wellbeing of the common man. One is assured that his work in the world will continue to yield the fruits of success for years to come. Om Shanti. 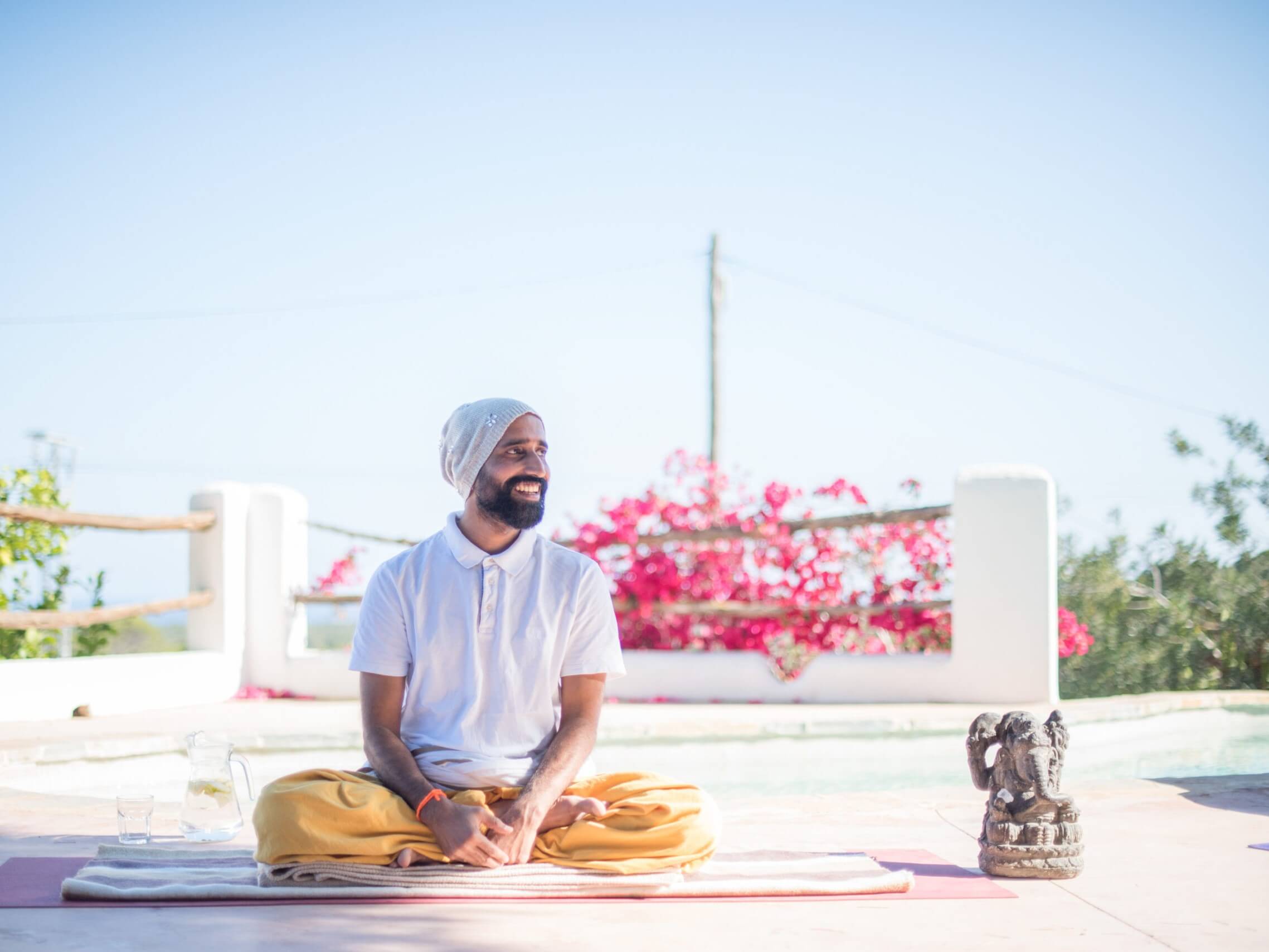 What our members say

I first met Shiva a few years ago in Goa, and enjoyed practicing with him very much; he ignited in me a genuine love for yoga. I was very inexperienced, but he was incredibly kind and sensitive. He is also very funny, warm and gentle. Since then I have practiced yoga and spent time with Shiva in Rishikesh and London. His teaching is utterly authentic and his knowledge and understanding phenomenal. He instantly grasps what each student needs. You really feel the difference learning from a yoga master such as Shivaji. 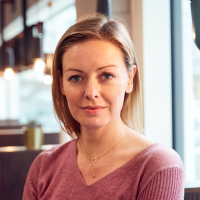 I did a yoga class with Shiva Shankar and it was the first time I felt so much good. I had an incredible experience and I felt overwhelmed all my body, the session made me crazy. This is more than a Yoga session. With Shiva Shankar you will have a moment out of time. Its presence illuminates this space and it allows us to immerse ourselves and feel the breath of life. Do not miss the opportunity to live a session with him. 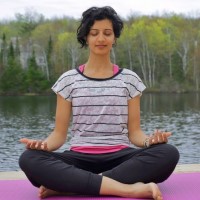 Shiva is a yoga master, a spiritual guide, a kind & genuine friend. I feel so blessed to have met him in 2011 at a yoga teacher training in Agonda Beach, Goa, India. I live in Alaska and have been back to India two other times to study under Shiva. He is incredibly knowledgeable and yet extremely approachable and fun. I have learned so much about meditation, pranayama, asana, right living and enjoying every moment from him. I highly recommend time with Shiva. He is the real deal and the brightest light you will ever find. 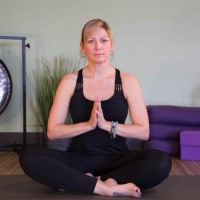 I really enjoyed the TTC I took with Shiva Shankar in Rishikesh! I had an amazing time during the course because Shiva made it interesting, fun and meaningful in a personal way. Thanks to his teaching, my love for yoga increased tremendously! And also his philosophy of life impacted on my personal growth. I couldn’t be happier to have met such a thoughtful and kind guide as he is. Thanks Shiva for an unforgettable time in Rishikesh! 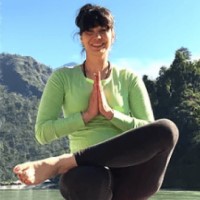 SEND US A MESSAGE

Your Form Has Been Submited.

We Will Get Back To You Soon.